At the gates of the Kalajoki airfield in Northern Ostrobothnia, there is a sprawling line of cars tens of metres long waiting to enter. A steady stream of vehicles pours in from the nearby highway.

They are all BMWs. Cars from the auto manufacturer’s 2 series, 5 series, and its best-selling 3 series. Sporty coupés and bulky station wagons gleam side by side in the sun.

Lined up are BMWs worth twenty thousand euros and BMWs worth eighty thousand euros. New, old, blue, white, black, but most importantly bearing the brand’s most recognisable symbols: the BMW logo in blue and white, based on the flag of German state Bavaria, and kidney-shaped front grilles.

This year’s Bimmerparty is about to begin. It is the largest event in the Nordics for BMW aficionados, organised by the Bimmer Tuning Club of Finland for the 16th time. The airfield will host 1,700 cars and over 7,000 guests over one weekend.

They can all agree on one thing:

Nothing on the road beats those three letters. 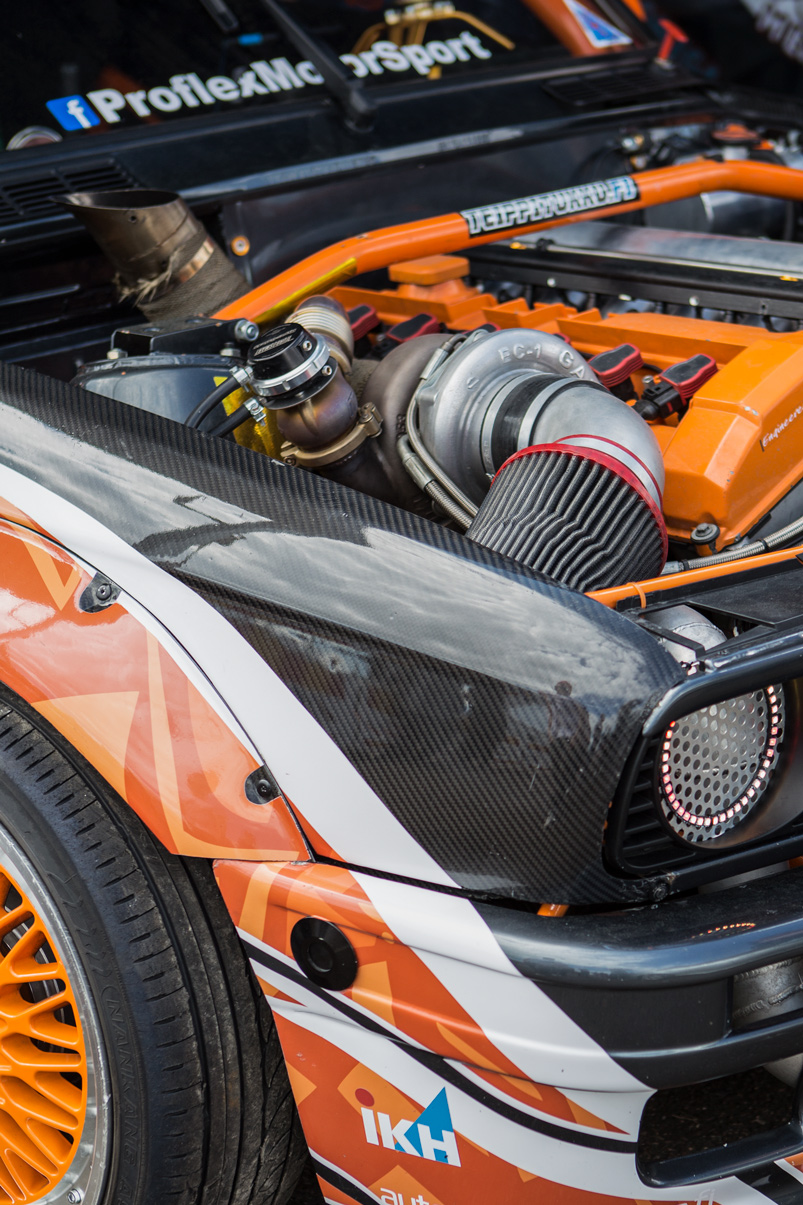 Most teens living in rural areas sign up for driving classes the moment they can. They often spend hours cruising around, just like that.

It’s no wonder then, that the ride can easily become an all-encompassing part of their identity.

“Cars are associated with maintaining daily routines, which is most likely why they play such a strong role in identity-building,” believes sociologist Timo Kalanti.

Kalanti’s doctoral dissertation Body and Iron: Essays on the Socialness of Objects (2009) studied how people build emotional attachments to inanimate objects. Kalanti writes that a person’s romantic self needs space to nurture mental images and emotions; a time and place where the individual is in full control.

A car can be just such a space. It is the mobile extension of a home, something a person feels they can control. An idealised, mythic home. A safe harbour in a world where the self’s autonomy feels constantly threatened. A place where its owner makes the rules.

The car is a sarcophagus, third skin, metallic cloak, and provides the electric warmth of a mechanical womb.

A private space and a vehicle with which to escape from the world. 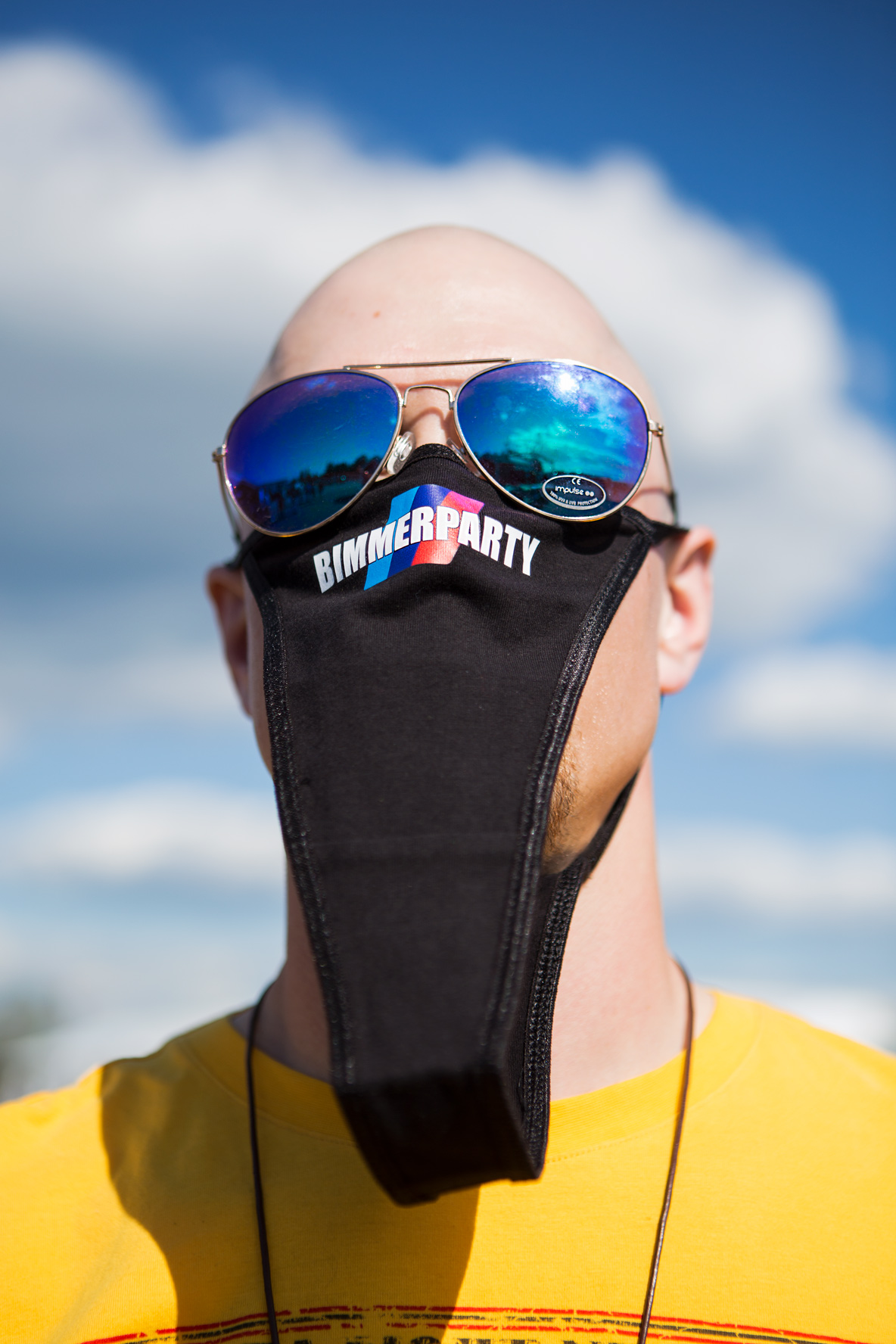 Because parking at the Bimmerparty venue is BMW only, we heathens have to park further away. The vice chair of Bimmer Tuning Club of Finland Jussi Manni kindly offers us a ride around the area in his sporty BMW.

The area is like any other festival ground: there is a stage, stands for sponsors and of course a kiosk selling this year’s Bimmerparty branded merchandise ranging from t-shirts to thongs.
Men and women stride past us wearing classic festival attire: colourful plastic leis and face paint. Electronic music from the 90’s and 00’s acts as a lubricant for their cheeky banter and loud chatter. The soundtrack of the weekend is Radio Bimmer, a radio station curated specifically for the party.

The Kalajoki airfield is not particularly large, but everyone seems to insist on cruising around in their cars – except in the evenings. That’s when the show starts. 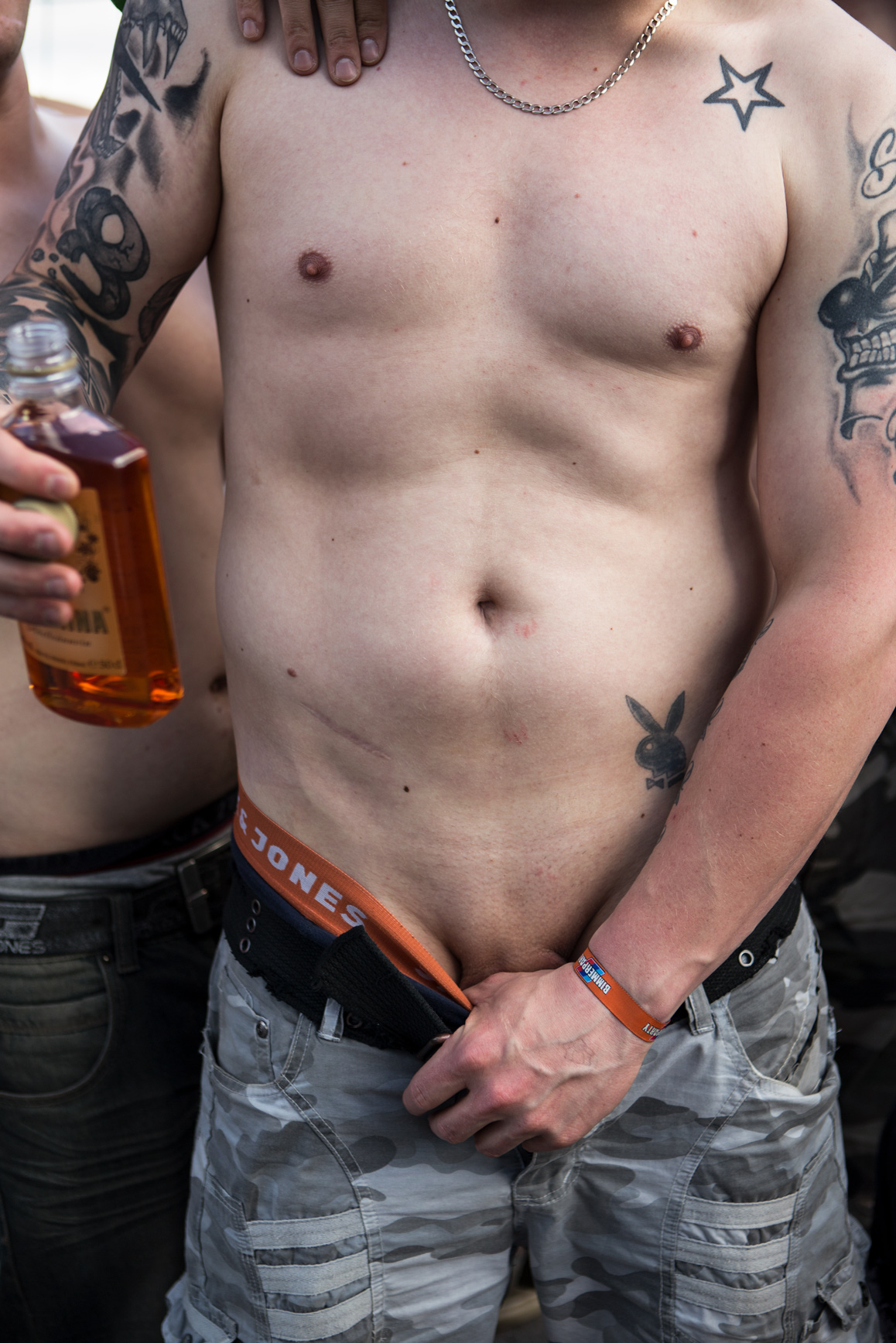 According to research, young men spend most of their weekends in their cars driving or in garages fixing them. They listen to music by the band Scooter and other European chart toppers, pumping the bass up in their car stereos, wrote the director of the Family Federation of Finland, Heli Vaaranen in 2001.

Everything at this year’s Bimmerpaty suggests it could still easily be 2001. The headliner for tonight is 90’s Swedish Eurodance group Solid Base.

When I was young,
It seemed that life was so wonderful,
A miracle, oh it was beautiful, magical.

A revving engine and the thump of the bass deep in your chest – a love as strong as that does not just die out in a decade or two. 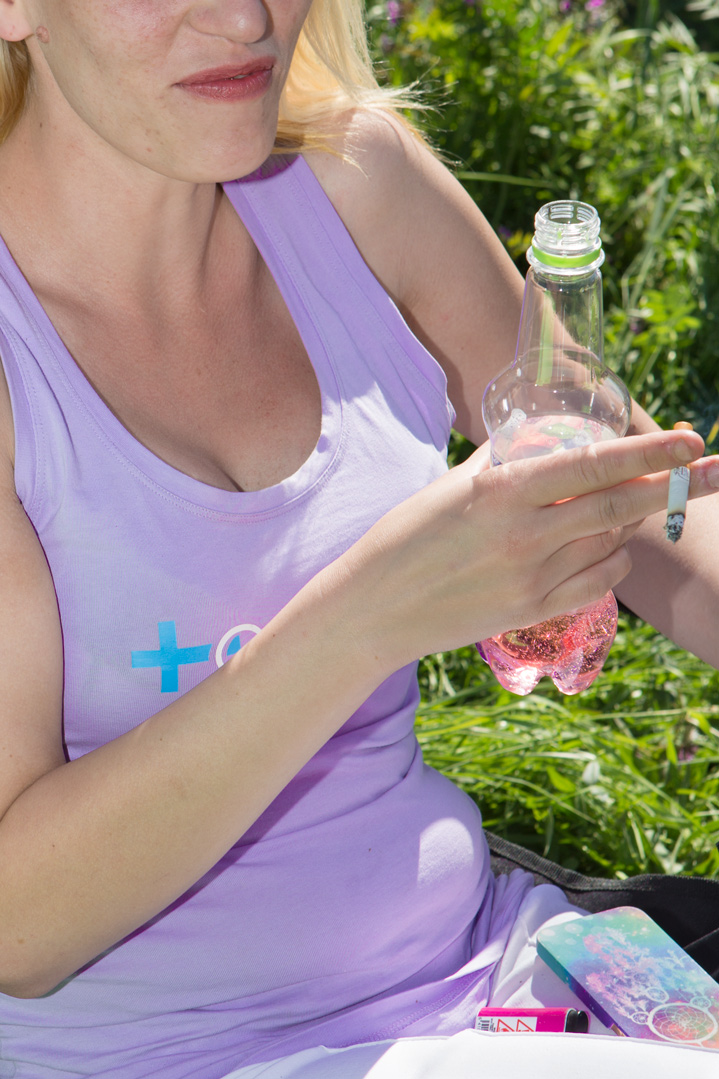 A community can be born around any totem, Timo Kalanti says, when there are people that believe in a shared experience and celebrate it together.

You don’t need to be afraid of getting into a fight at Bimmerparty, says one man sunbathing shirtless next to this parked car. He takes a glug from his beer.

“We are all the same in a way. BMW brings us together.”

But why has one German car brand become the totem of this Kalajoki clique?

Kalanti estimates that the myth surrounding the brand was born on German autobahns, highways with unlimited speeds. Only performance matters.

Of the two German luxury carmakers, BMW exemplifies sportiness and speed, while Mercedes-Bentz oozes a conservative rigidity and wealth.

Petteri Ojala, PhD candidate from the University of Turku, has studied car forums for his dissertation on market research. He cannot place a finger on why motorheads grow so fond of a single brand. He thinks some brands just “stick” without rational reasoning.

Car manufacturers, however, do not leave anything to luck. They spend a lot of time and money to design every minute detail from how their seats smell to how their closing doors sound, hoping to arouse the subconscious desires of drivers. All of this has an effect on how the community experiences their shared totem.

“When you’ve driven a BMW once, you’ll understand,” says one driver, before speeding off into the distance. 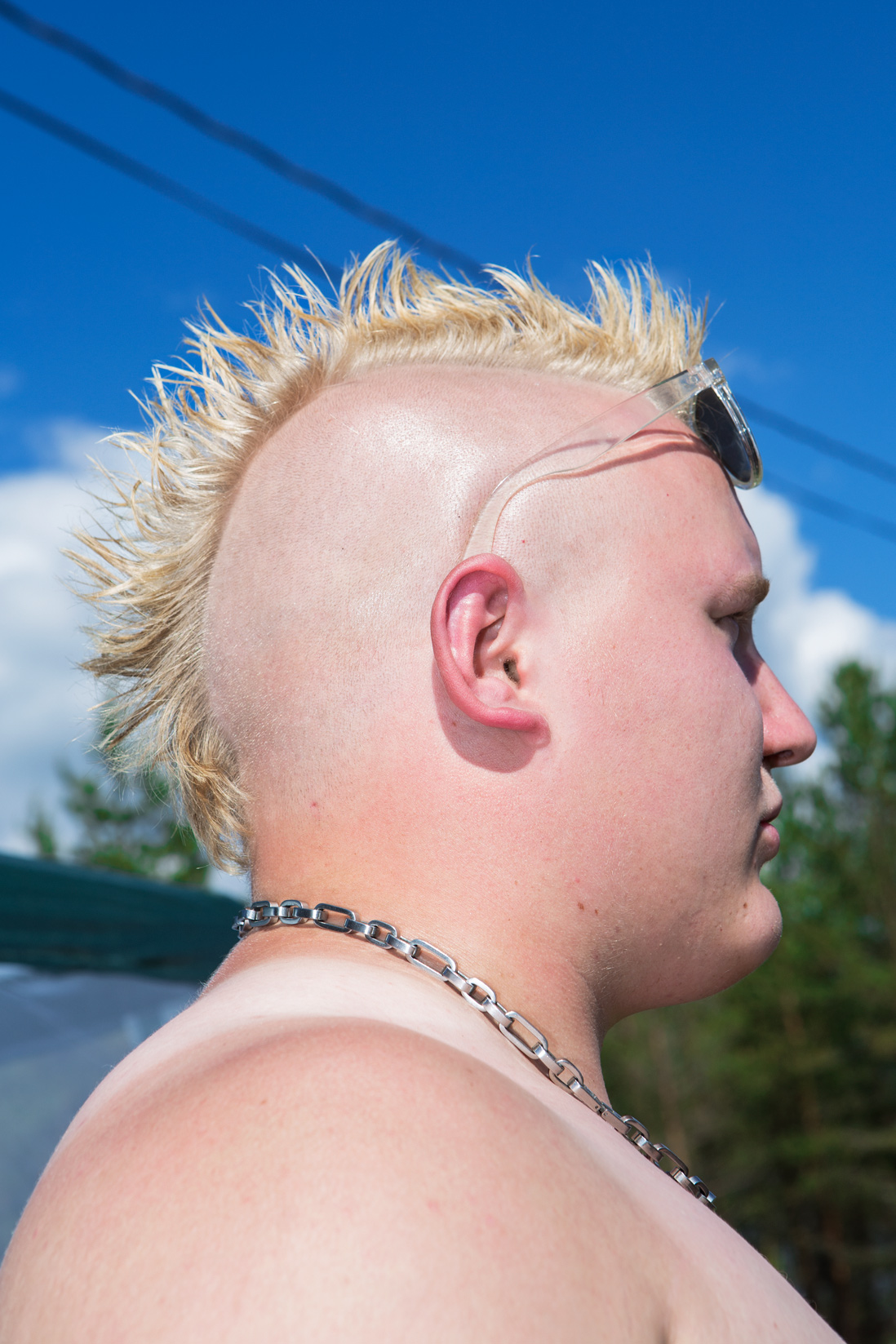 Translated by Melissa Heikkilä. This story is also available in Finnish. Click here!